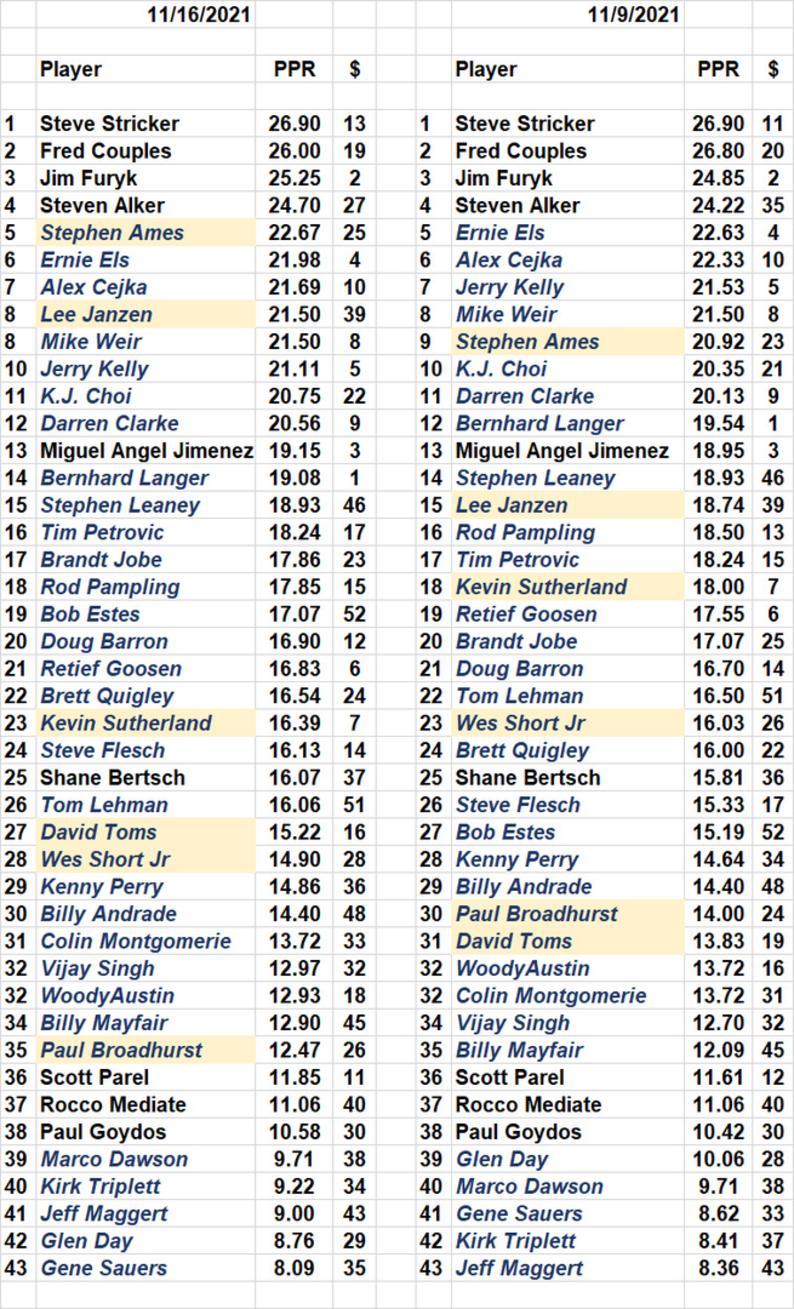 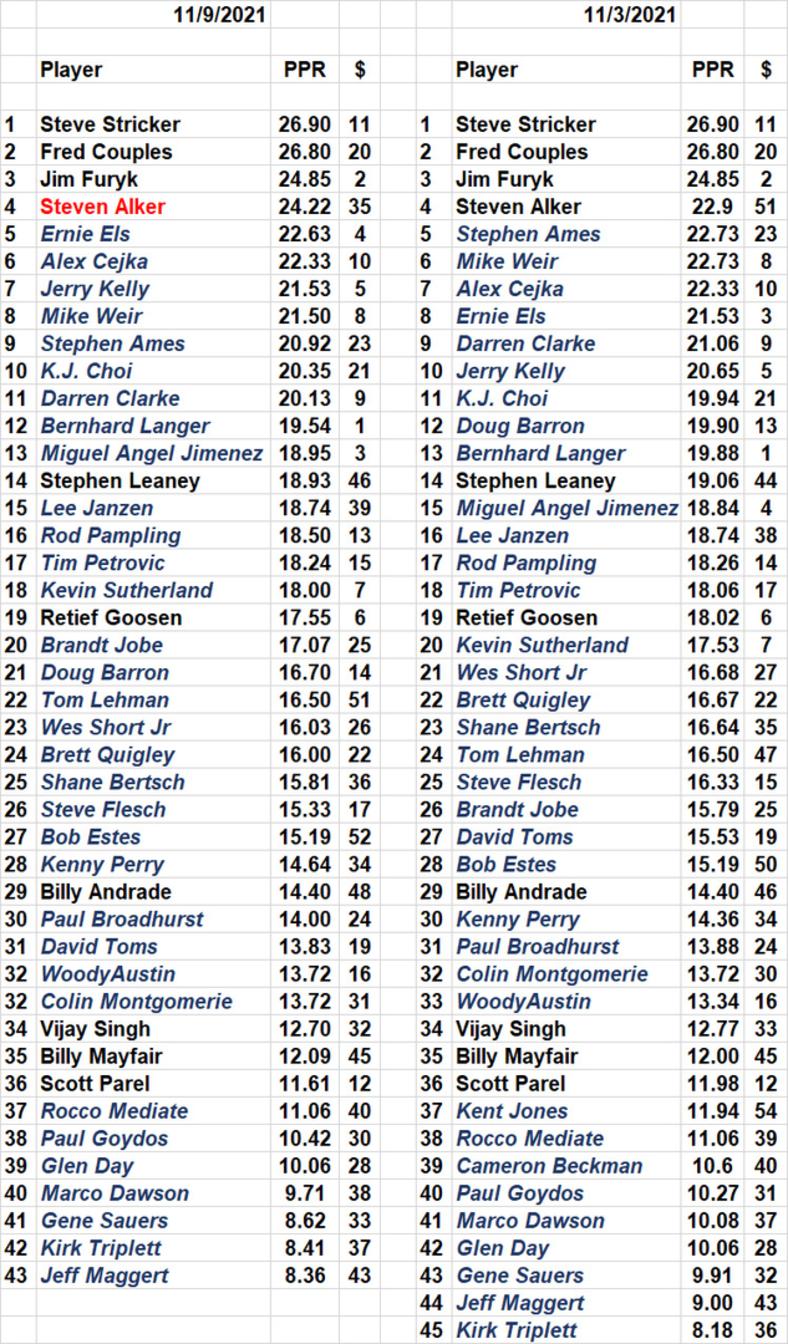 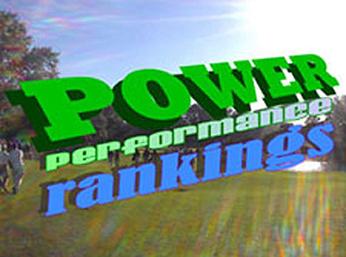 For Mickelson, it was his fourth victory in six PGA Tour Champions starts, two in the last six weeks.  Should he continue to play on this tour in 2022, he will enter the rankings in a very high position. All we know about his schedule is that he will play the American Express on the PGA Tour.

There was movement in the rankings outside of the top four.

In the chart:  Blue bold italic  indicates change from last week. Shaded with yellow  indicates largest changes. Orange isfor dropped players and Green is for returning or entering players. Red  is for winners.   $$ column of numbers reflects position on Champions Tour money list.    For more information on the Power Performance Rankings, contact Kathy Bissell.  Email golfshow4653@gmail.com.  This system is not compiled by the PGA Tour.

Rankings are based on 12-month performances of Champions Tour players. When a tournament is played, the previous year's results are dropped. Losing a high finish, dropping a low finish, adding a new high finish or a new low finish affects standings.  Players must have a minimum number of points to be included in the rankings, but all players are tracked.